“Wilderson’s style of writing is persuasive while his passionate, uncompromising commitment to every word, passage, idea, in his book is undeniable.”

“Wilderson writes with a conviction that can incite further thought, discussion, and even action. In a panel on literary activism at the National Black Writers Conference in 2010, Wilderson clarified his intentions: ‘The relationship of literature to struggle is not one of causality, but one of accompaniment.’ As such, Red, White and Black is valuable reading for any filmmaker or theorist interested in socially engaged cinema.” 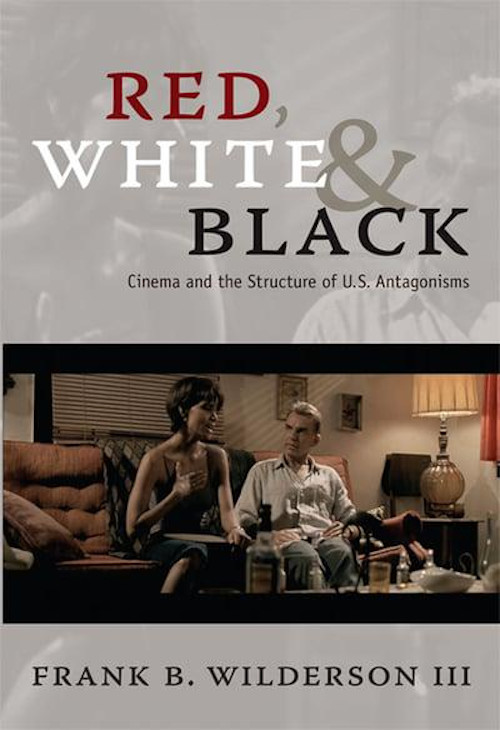 Red, White & Black is a provocative critique of socially engaged films and related critical discourse. Offering an unflinching account of race and representation, Frank B. Wilderson III asks whether such films accurately represent the structure of U.S. racial antagonisms. That structure, he argues, is based on three essential subject positions: that of the White (the “settler,” “master,” and “human”), the Red (the “savage” and “half-human”), and the Black (the “slave” and “non-human”). Wilderson contends that for Blacks, slavery is ontological, an inseparable element of their being. From the beginning of the European slave trade until now, Blacks have had symbolic value as fungible flesh, as the non-human (or anti-human) against which Whites have defined themselves as human. Just as slavery is the existential basis of the Black subject position, genocide is essential to the ontology of the Indian. Both positions are foundational to the existence of (White) humanity.

“I have not read anything as striking as Red, White & Black in some time. In this unsettling work, Frank B. Wilderson III theorizes the singularity of anti-Blackness as he refines our understanding of how political economy, popular culture, and law are shot through with identification and desire, pleasure and pain, sexuality and aggression. Anti-Blackness, which is carefully distinguished here from White supremacy, is not only an ideology and an institutional practice; it is also a structure of feeling with pervasive effects. This last, crucial point is glossed over by too many authors in their haste to provide rational analyses of and challenges to racism.”

- Jared Sexton, author of Amalgamation Schemes: Antiblackness and the Critique of Multiracialism