“Into the wake of great literature fighting human bondage, Frank Wilderson pours Incognegro. And, like the offerings of Ellison, Fanon, Baldwin and Morrison, this revolutionary love story must be widely read, generously shared, and relentlessly engaged.”

“Wilderson [will] become a major American writer. Mark my word.” 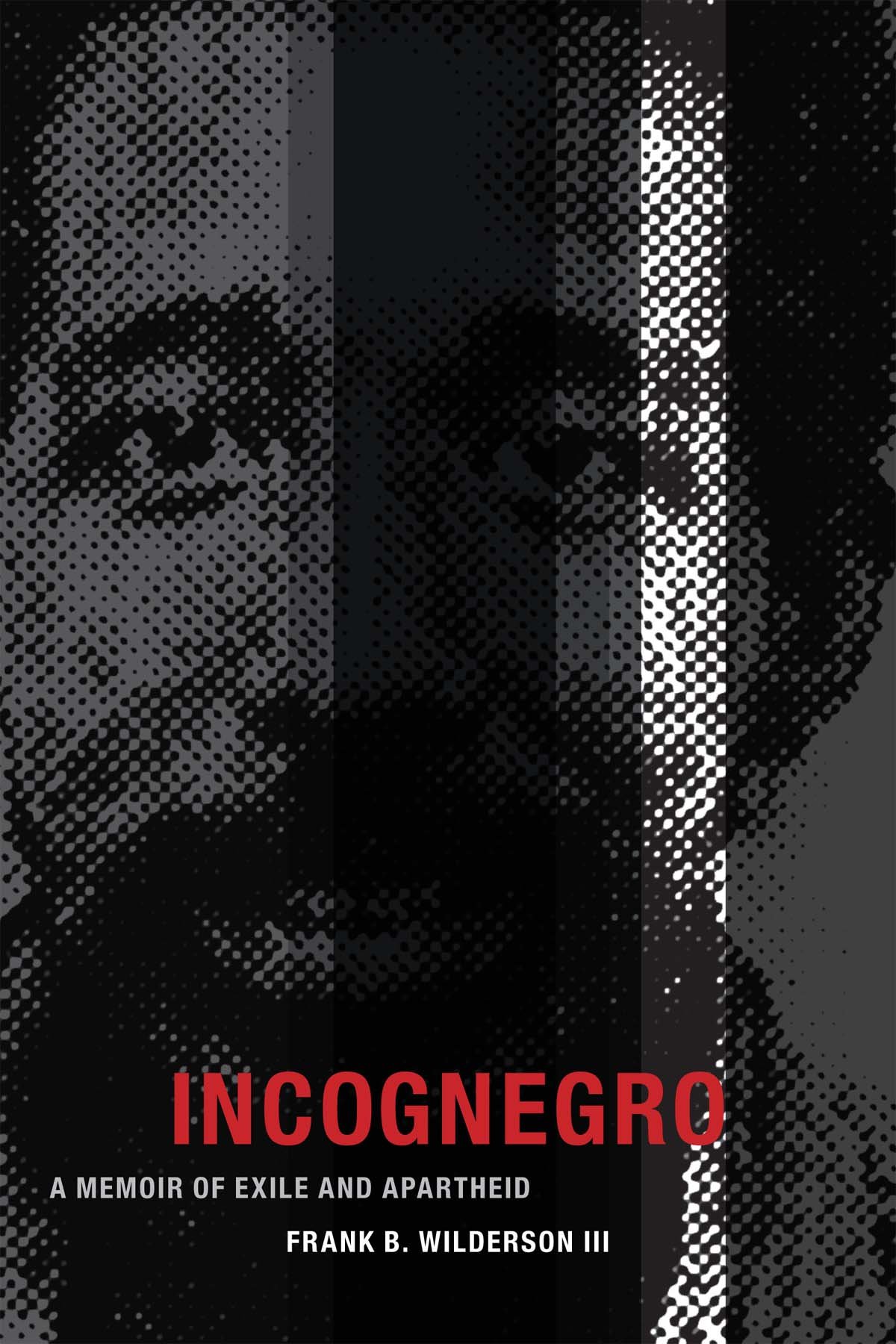 In 1995, a South African journalist informed Frank B. Wilderson III, one of only two American members to hold elected office in the African National Congress (ANC), that President Nelson Mandela considered him “a threat to national security.” Wilderson was asked to comment. Incognegro is that “comment.” It is also his response to a question posed five years later in a California university classroom: “How come you came back?” Although Wilderson recollects his turbulent life as an expatriate during the furious last gasps of apartheid, Incognegro is at heart a quintessentially American story. During South Africa’s transition, Wilderson taught at universities in Johannesburg and Soweto by day. By night, he helped the ANC coordinate clandestine propaganda, launch psychological warfare, and more. In this mesmerizing political memoir, Wilderson’s lyrical prose flows from unspeakable dilemmas in the red dust and ruin of South Africa to his return to political battles raging quietly on US campuses and in his intimate life. Readers will find themselves suddenly overtaken by the subtle but resolute force of Wilderson’s biting wit, rare vulnerability, and insistence on bearing witness to history no matter the cost. A literary tour de force that has sparked fierce debate in America and South Africa, Incognegro retells a story most Americans assume we already know, with a sometimes awful, but ultimately essential clarity about global politics and our own lives.

“Fast paced, critical, humorous, hilarious at times, Incognegro asks provocative questions about post-Apartheid South Africa and post-civil rights America with all the passion, the drama and the political clarity of a great autobiography. With perspectives from different times and places in the two continents, and with an unerring eye and ear for a telling detail and image, Frank Wilderson brings a novelistic and dramatic imagination to a story of our times. It is a multi-layered narrative of a life molded in struggles for human dignity in America and Africa, at once a gripping story of race politics and a biography of his soul.”

- Ngũgĩ wa Thiong'o, author of The Wizard of the Crow

“An incredible piece of history, of Black life domestically and globally, written with brilliance, panache and delicious wit. He miraculously recapture[s] the fury, the funk and the sweetness of the ’60s–and its broken dreams… and bitter betrayals… He is truly a wonderful writer!”

- Mumia Abu-Jamal, author of We Want Freedom: A Life in the Black Panther Party

“More than anything Incognegro teaches us that the fall of apartheid was not bloodless or peaceful, that the corruption of neo-colonialism inhabits South Africa still, and it invites us, wherever we are, inside or outside South Africa, to tear down ourselves to the very foundations.”